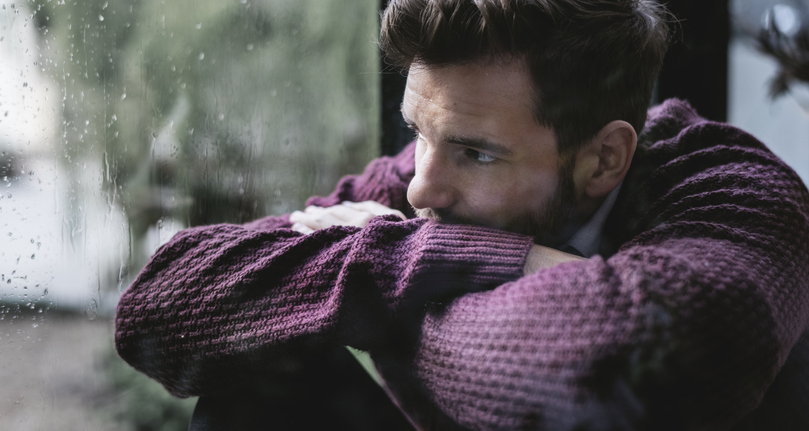 You wake up, it’s dark. You open up the blinds to start your dark day, turn the headlights on in your car and go to work. You head to lunch, it’s overcast and dreary. Your drive home is dark, and it rains.

This describes the typical day of many in the winter months, particularly in the Northern Hemisphere. And if this feels like your day, you’re not feeling as perky as usual — even with the extra shot of espresso from Starbucks.

“Seasonal depression” is also called Seasonal Affective Disorder (SAD). While it is commonly associated with winter, it can rear its ugly head in other seasons and months, as you will read about below.

Winter is often associated with SAD in two different frames:

Lack of sunlight can alter brain levels of mood-controlling chemicals, such as melatonin.

Last month, scientific studies suggested “a brain circuit that connects special light-sensing cells in the retina with brain areas that affect whether you are happy or sad. When these cells detect shorter days, they appear to use this pathway to send signals to the brain that can make a person feel glum or even depressed.”

According to a study in 2007, women are more likely to be affected by SAD than men. Geography is also a factor. In the United States, recent studies suggest less than 2% affected in Florida, but nearly 10% in Alaska.

Likewise, it is more common in the Nordic countries from a global perspective. If you’re noticing a trend, you’re onto something. The causes (and cures) for seasonal depression centers around the darkness and the light.

It’s Not Just About Light Though

Lack of natural sunlight can lead to seasonal affective disorder. If you are seasonally depressed, you might feel drained more often or quickly at certain parts of the day. You might sleep more or be more irritable, particularly during dark, dreary days.

Spring and summer are known to cause SAD, perhaps for different reasons altogether. Allergens bring unwanted toxins into the body that can have effects on our mood and irritate our brain. Happy events such as graduations and weddings can cause people to look back with nostalgia on unfulfilled desires.

The low mood, lethargy and sleep issues can affect the skin, particularly of adolescents. Dermatologists recognize SAD as a harbinger of acne outbreaks, whether by direct stress or as a reaction to consuming refined sugars to compensate for mood difficulty. Anxiety is also a symptom of seasonal depression.

What is known is that humans share much of the same brain chemistry as dogs — including melatonin and serotonin There isn’t much research to suggest pets do or do not suffer from SAD. However, it has been proven that lack of exposure to sunlight in dogs in more Northern Hemispheres suffer from Light Responsive Alopecia, which is the inability to grow back as much fur after shedding.

Seasonal depression is listed under specifiers for depressive disorders in the most current DSM-5 (Diagnostic and Statistical Manual of Mental Disorders) by the American Psychiatric . According to the book, there are a handful of clarifications that a medical professional must use to correctly apply the diagnosis:

A. There has been a regular temporal relationship between the onset of major depressive episodes in major depressive disorder and a particular time of the year (e.g., in the fall or winter). Note: Do not include cases in which there is an obvious effect of seasonally related psychosocial stressors (e.g., regularly being unemployed every winter).

B. Full remissions (or a change from major depression to mania or hypomania) also occur at a characteristic time of the year (e.g., depression disappears in the spring).

And The Doctor Said, Let There Be (Artificial) Light!

The most popular and well-known therapy for seasonal depression is light therapy. Though a light therapy box is artificial light, it can help with anything from depression to sleep disorders and migraines. Symptoms may subside, your energy levels may get better and side effects, such as eyestrain, headaches or nausea are usually short-lived and mild.

So how to go about choosing a light box? The Mayo Clinic suggests talking to your doctor first, particularly if you’re dealing with bipolar disorder. “Increasing exposure too fast or using the light box for too long each time may induce manic symptoms if you have bipolar disorder.”  However, the light box should provide an exposure to 10,000 lux of light and emit as little UV light as possible.

The latter requirement is why most doctors advise against the popular notion of using tanning beds to cure SAD. Tanning beds emit a large amount of UV light. Though this boosts Vitamin D production (see more below), using a tanning bed year-round can put you at risk for skin diseases.

Production of Vitamin D can be essential to warding off seasonal depression. A study in Finnish adults supports “the theory that higher serum vitamin D concentrations may be protective against depressive disorders, especially in individuals with poor socio-economic status, diet and lifestyle choices, and metabolic health.”

Pro Tip: Just Push Through It!

The last bit of that quote should be practical and important to all. The best way to fight seasonal depression might be to simply work off the Christmas cookies and egg nog by reverting back to your typical (or a better) exercise and diet. Open your blinds on sunny days during the winter, suck it up, and power through!

Curtis Pharmacy has Vitamin D in stock, and can help you as much as possible with any of your seasonal depression needs. Give us a call or visit today!